5th July, Sunday, was the culmination of months work with Flotsam, Heaton Voices, Caedmon Choir, North East Socialist Singers, Chilli Road Band, 10th Avenue Band, and Meze Mundo, all collaborating with guests, The Hexham Village Band and Hexham Morris. 200 performed together, one for each year of the anniversary of the Heaton Main Disaster.

They gathered to perform the composition twice over at the ever increasingly successful Ouseburn Festival. 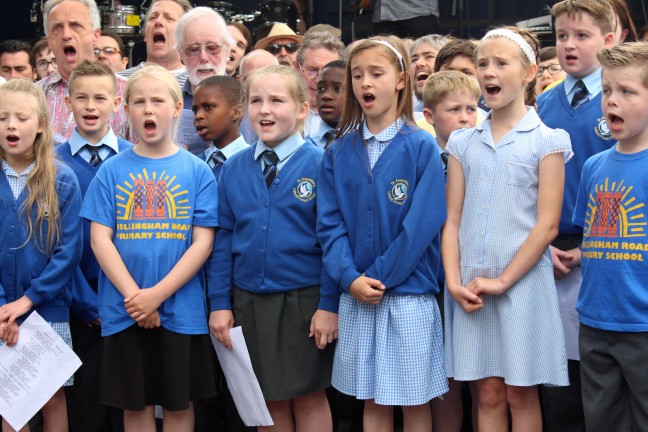 The 200th anniversary of the Heaton Main Mining Disaster was on 3rd May this year. The  miners, 34 boys and 41 men, lay underground in flood water for nine months before being finally laid to rest in St Peter’s Churchyard in Wallsend.

The Suite celebrates the start of summer with ‘the Sweets of May’ Morris Dance, to start the story of the 100 miners going underground on the Fore Shift. 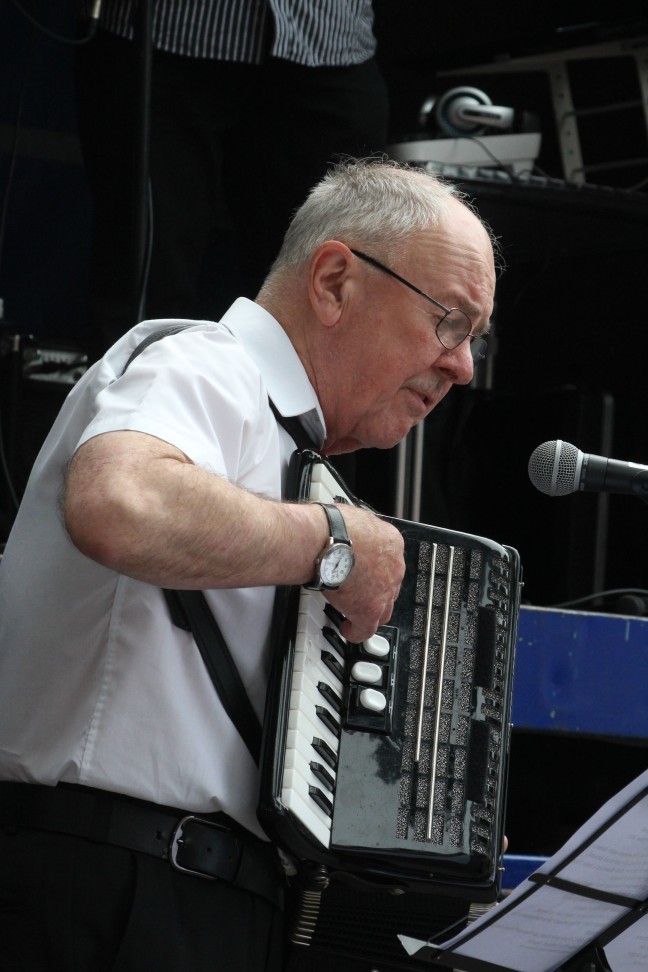 Johnny Handle’s ballad tells of the men escaping the press gangs for the Napoleonic War of 1815, only to be trapped at work. Exploratory digging resulted in the start of the flood at 4am: a gentle leak developing quickly into a torrent. 25 ran to safety, 75 ran to an air pocket that couldn’t have sustained them for long.

Andrew Scott’s Song, ‘The Heaton Trio’ tells of the hopes and fears of a mining family with three choirs within a choir: men, women and children.

‘Inundation’ is an instrumental improvisation with steel pans, saxes, brass, fiddles, flutes, drums and accordions each with their own them. 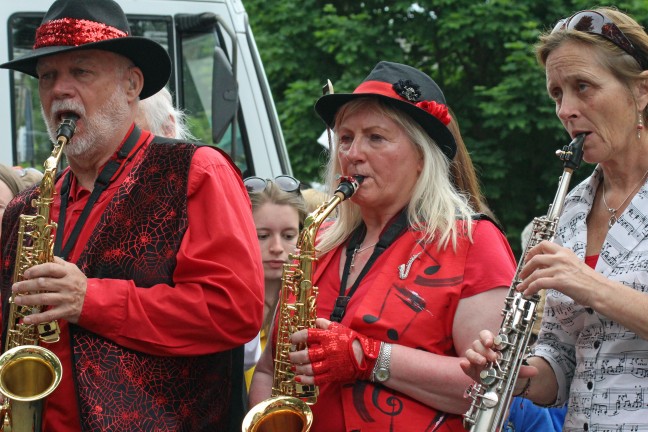 Richard Scott’s song, ‘Waiting’ points to the long 9 month wait for the wives, mothers and families of the victims of the flood. John Buddle in a losing battle against the flood waters until the steam pumps finally cleared the mine.

The finale, ‘Shafts of Light’, refers to Buddle’s efforts to change mining practice by specific mapping and recording of old workings. It was the thin divide between flooded and abandoned Heaton Banks Colliery which had been breached. With better data the disaster could have avoided. Singers, bands and dancers sing with optimism in an uplifting song based upon the folk dance tune ‘Jimmy Allen’ composed by Ken Patterson.

There is a big demand expressed for a further indoor performance. The Under the Fields of Heaton working party are searching for an appropriate venue and time to mark the end of their programme of mining related events in February.

Many thanks to the Ouseburn Festival!

Many thanks to all the performers who worked hard to make the occasion so special. 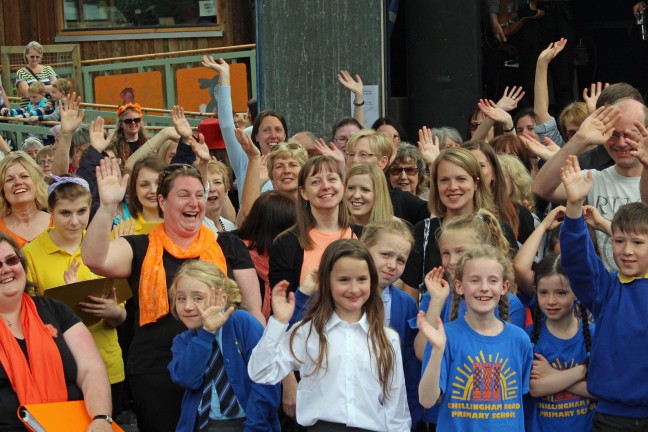 Under the Fields of Heaton

Under the Fields of Heaton

The Under the Fields of Heaton Group was formed in July 2014 in response to a Facebook Page calling for interest in the up and coming 200th anniversary of the Heaton Main Mining Disaster. They are Heaton residents: artists, musicians, writers, community workers, historians and teachers who are creating a programme of events for all who wish to join in a celebration of Heaton / Ouseburn as a community.
%d bloggers like this: